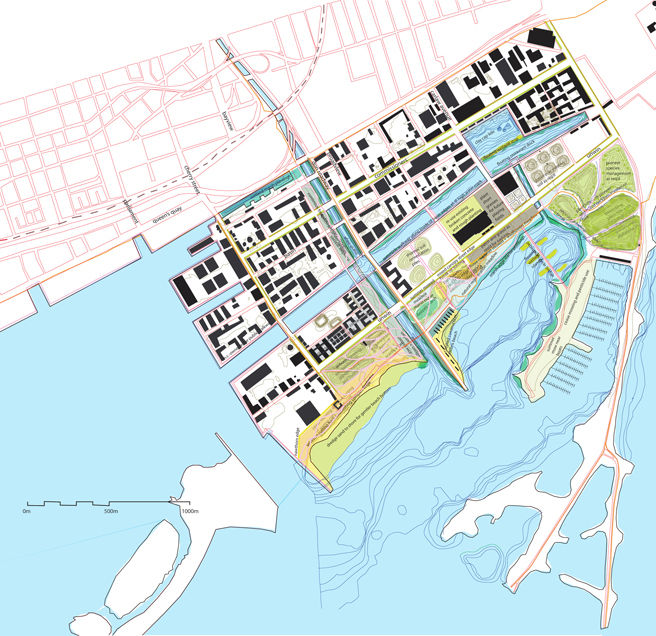 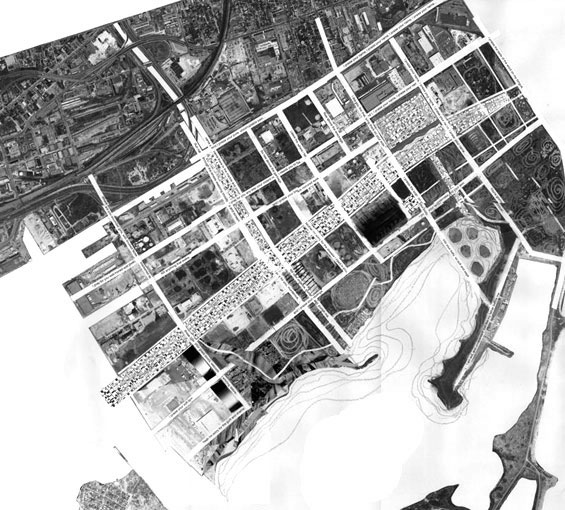 The goal of this project was to create a truly urban park which links fluidly to the city’s broader infrastructure and an ever-increasing density in the northern residential developments on the edges of Toronto’s industrial port. It is inspired by Erik Swyngedouw’s concept of urban metabolism as an investigative model, alongside a critique of the natural-maternal in the songwriting of M. Gira’s New Mother. We have a cultural predisposition to guilt for polluting purity, accompanied by cycles of soiling and atonement – the romanticizing aspect of nature worship. The Portlands has embodied the city’s polluted side from its foundation on cribs of waste to its steady leaking of contaminants. The ideology of ‘cleaning up’ may perpetuate the nature/culture or virgin/whore split, positing a past and future pristine condition. Remediation of the site is done in-situ where needed, over time, and with a long-term strategy of responsibly maintaining industry on the site as an essential part of urbanity.

Selected elements of industrial ruins such as the Hearn Generator are retained for re-use. Even if art is a fetishizing of the technology of the previous era, ruins have a sense of danger, discovery and adventure that are to be maintained for enjoyment. The area is to inspire play and creativity, full of raw edges and a rugged, non-decorative approach integrating the adventure playground movement of the seventies with the earthworks of the sixties in a post-industrial landscape. Ecologically, diversity, complexity, and integrity of ecosystems on the site are increased with minimum to zero maintenance in the long-term. This includes aerial, terrestrial, and underwater terrain and habitat, as well as human habitat – human production, consumption, and waste, pleasure and reverie all to be present in this waterfront site where work and play can co-exist.