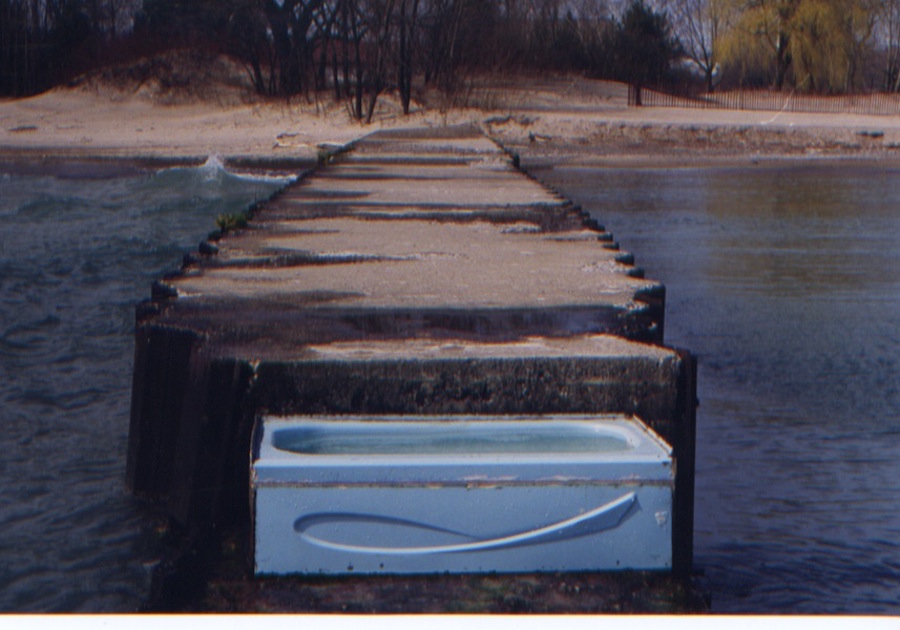 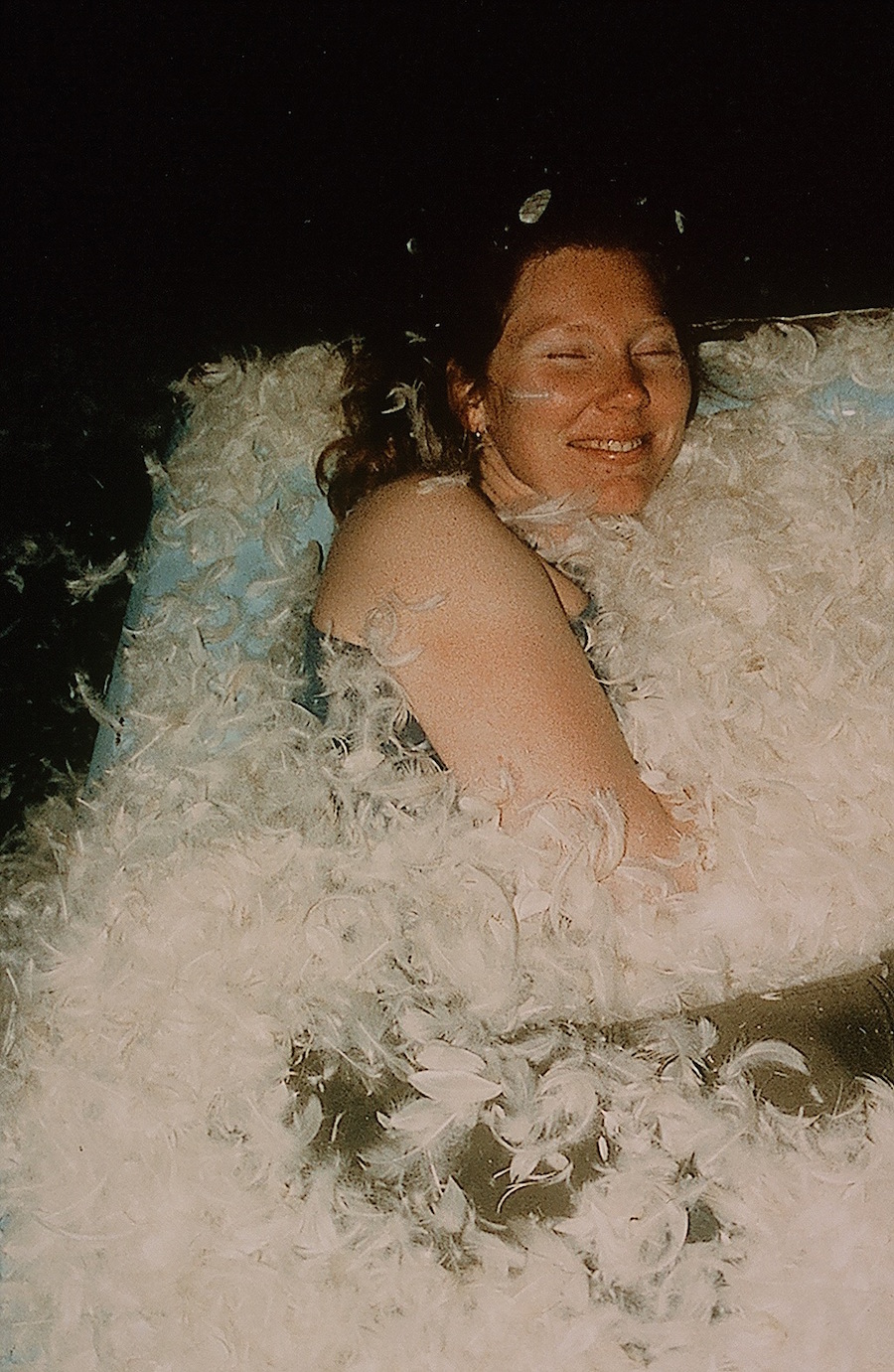 This installation and event was held at the Gibraltar Point Centre for the Arts on Toronto Island. A steel tub was placed on a beach frequented by waterfowl for a similar night-time party where tub occupants were invited to imagine themselves as swans, in the cool water while perfectly warm. This inspired a later collective feather bath at the Sunnyside Bathing Pavilion for Fire on the Water in 2012. The feathers heighten a sense of thermal difference. Bathing in an unconventional medium inspires speculation on immersion, tactility, and the skin. 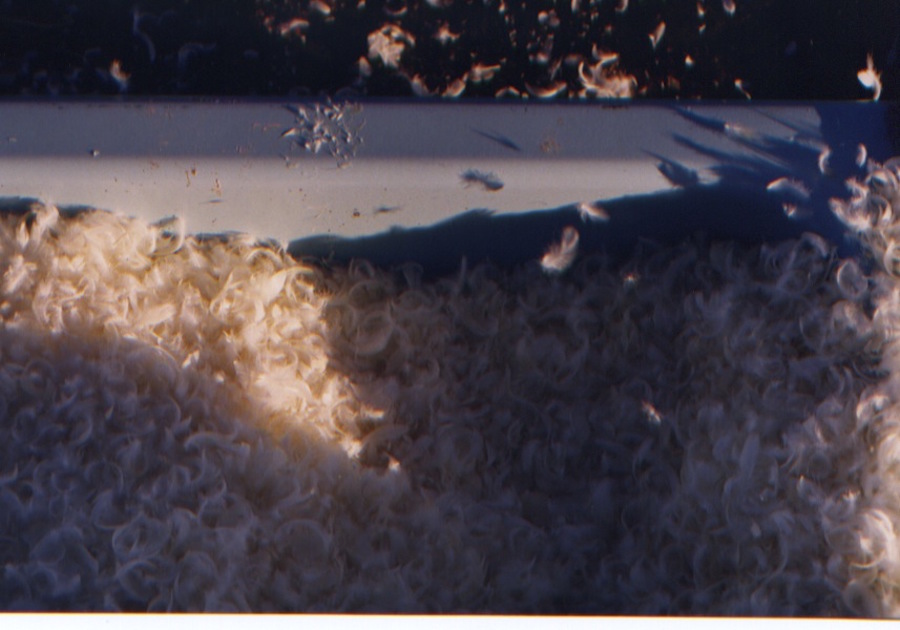 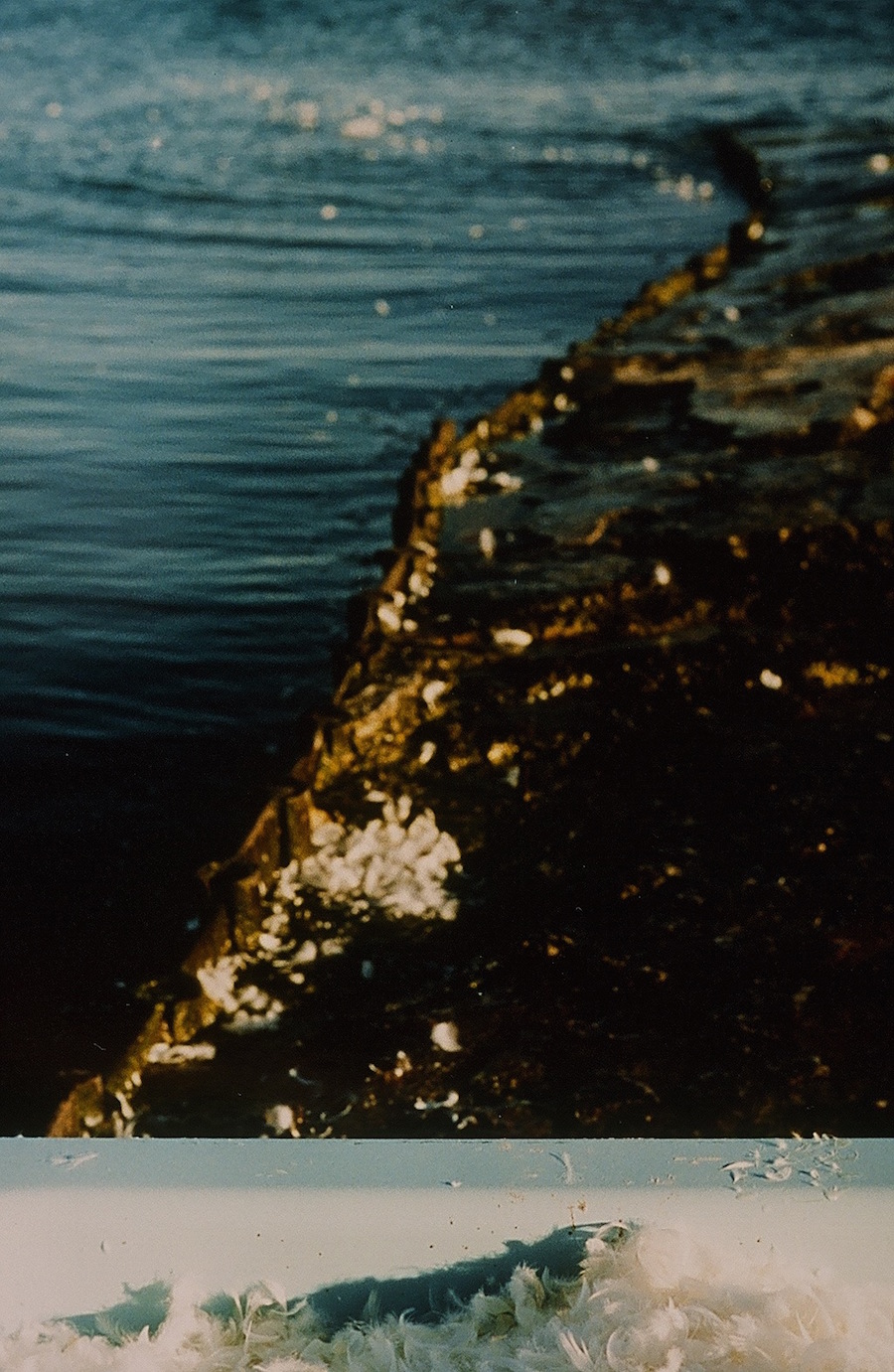 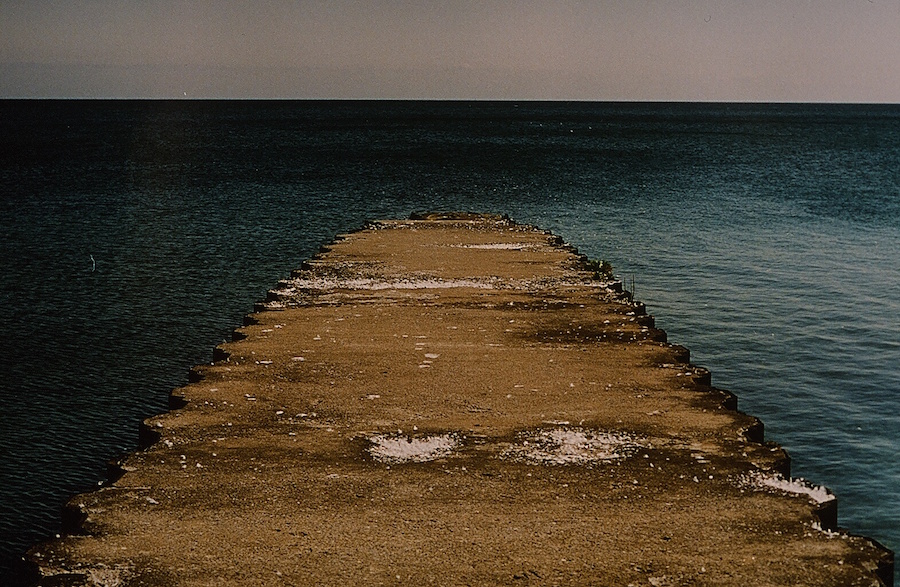 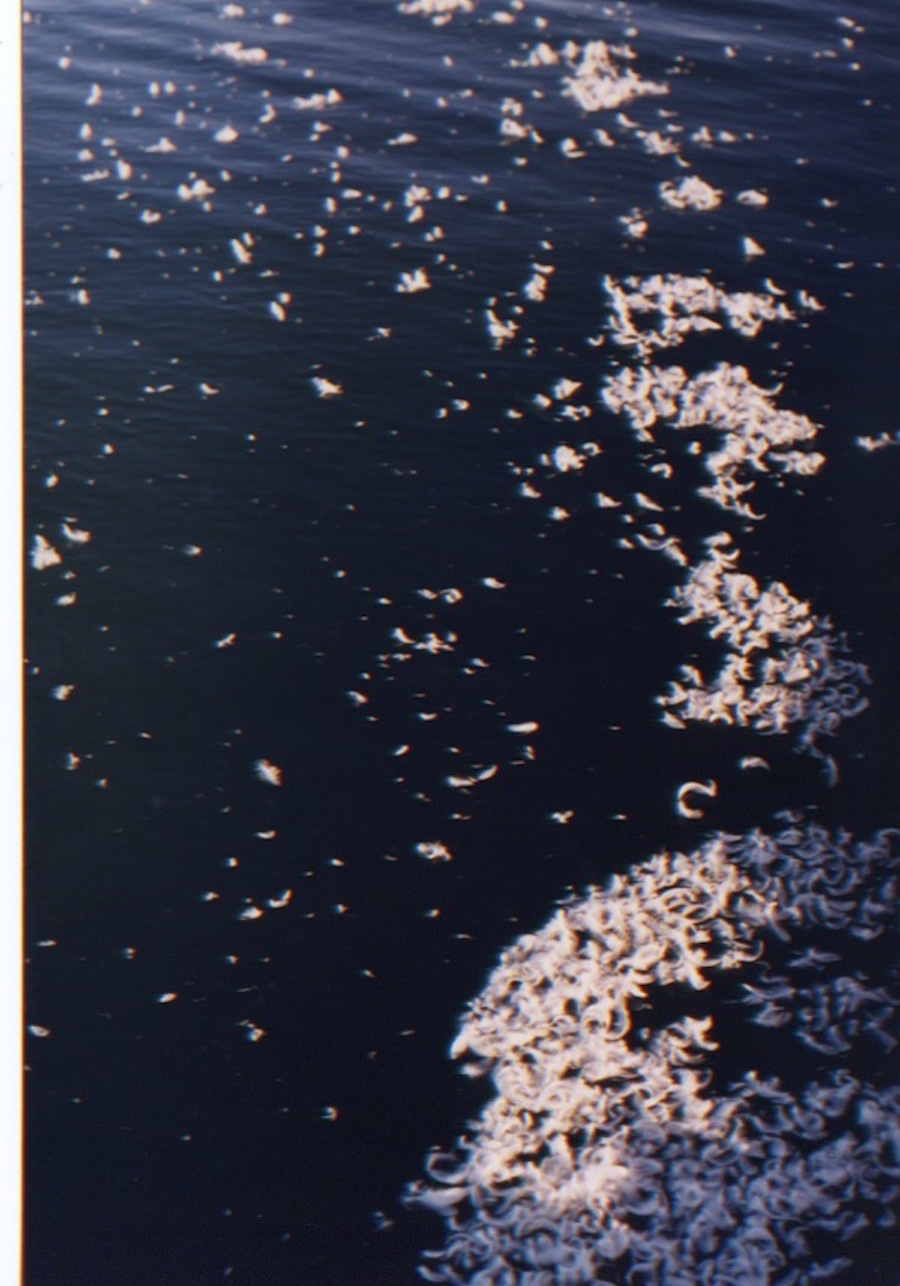 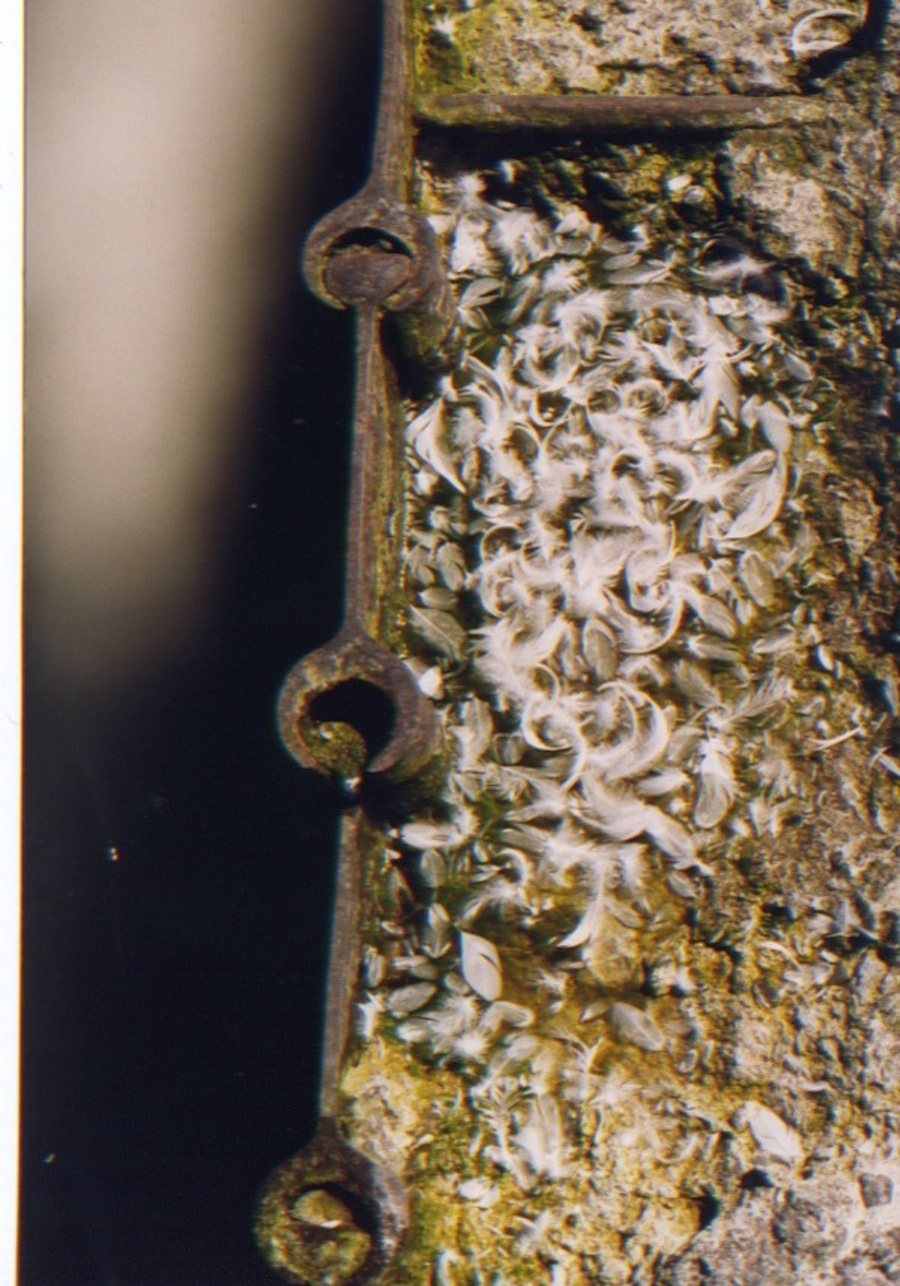 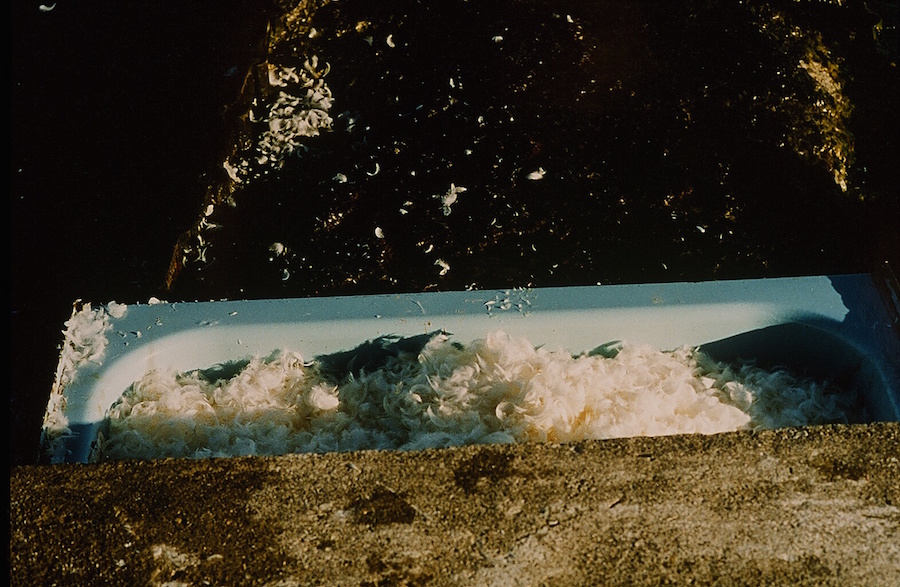