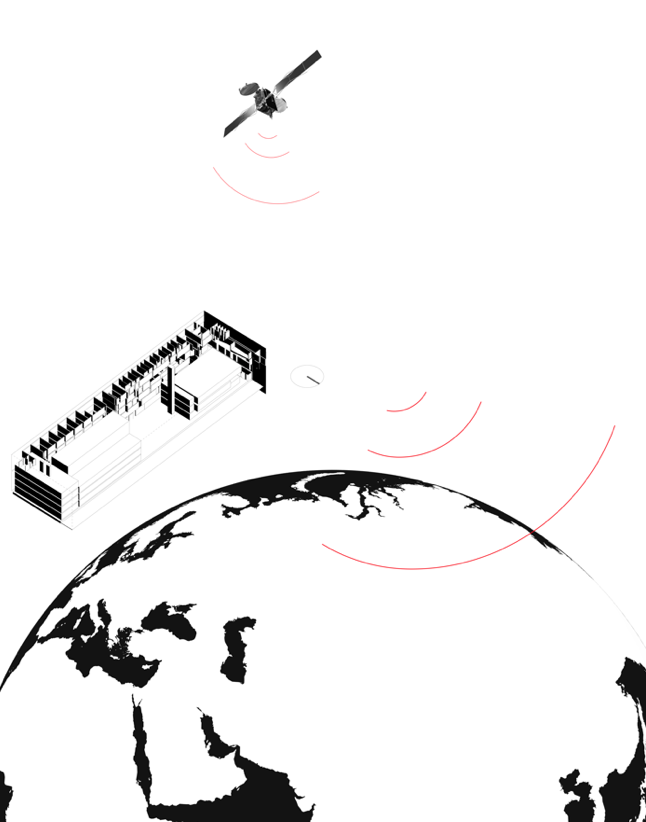 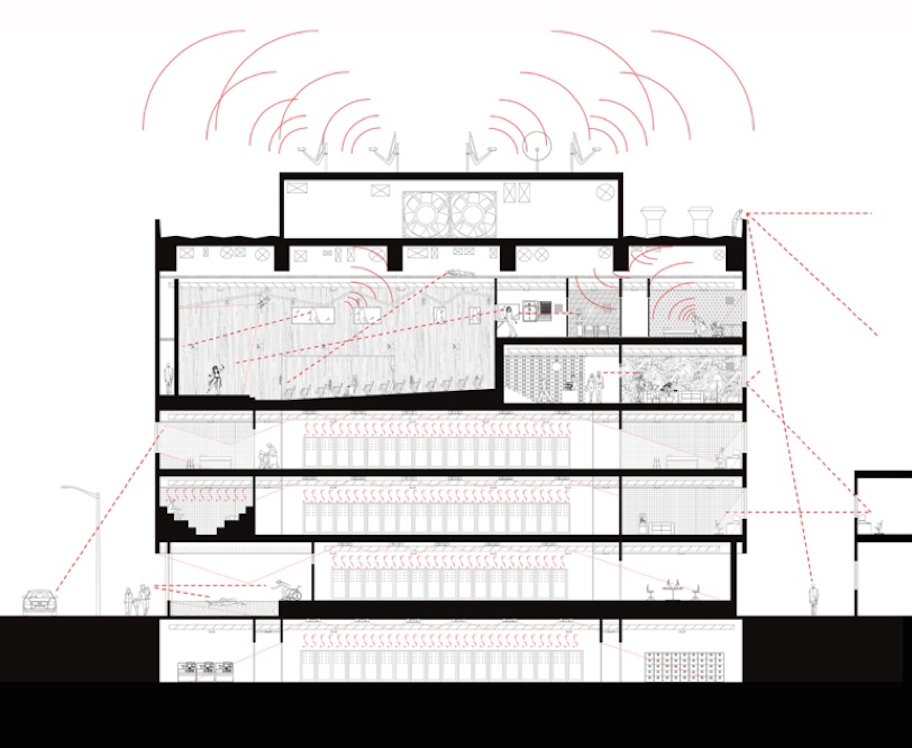 This theoretical project was done with Sabine Muller of SMAQ Berlin investigation tactical urbanism architecture, taking as a site the disused headquarters of the notorious Stasi police. In proposing a tactical occupation of the building as it lies in this state of limbo, people must come who can see a virtue in its vacancy, its large floor plate (24,500 m2 on 5 levels), office spaces, a theatre and ballroom, and its disturbing past. The tactical occupant has an interim opportunity of unknown duration, as the owner is imagined to be on-side with Lichtenburg council in being pro-development and will be seeking to maximize redevelopment when the time is right. One set of opportunists have decided to start up a night club in the building. They are interested in capitalizing on the building’s historical abuse of power and will call their club ‘EXSTASI’ to evoke pleasures slightly darker than their two principal business models: Weekend club in Alexanderplatz, housed in two floors of a Soviet era office tower, and Kit Kat Club, named in reference to a past age of Weimar decadence. They will use the ‘back door’ as their entrance, and occupy the many small offices spread through the buildings as private and group suites. Films will be shown in the theater, and also projected on the walls of the ballroom to be seen from suites. The theatre lounge will become a dance space with exciting contemporary djs, attracting a broad range of nightclubbers. Numerous activities can take place in ex-Stasi offices, haunted by the titillating and disturbing memory of those that may have occurred there. The rooftop will be used as an outdoor garden space. Existing shower and locker suites are another attraction for the club owners, who will need a minimal investment to tweak the building for their desired effect.

The largest and most open spaces in the building are not of interest to the club owners. An internet server farm moves into these largest rooms, as the city of Berlin does not have many such expanses. The excess heat of the servers (for whom cooling costs would be half again electrical costs) are collected at their expense and directed to the ground floor of the club. In co-operation with a new operator, a suite of saunas and hot tubs take this heat and become part of the club’s ground floor, across from the showers. As the club operates only at night, the sauna operates by day as a regular sauna, using selected ground floor rooms for their business. The theatre and selected chambers can be rented out for use by day to groups or individuals.