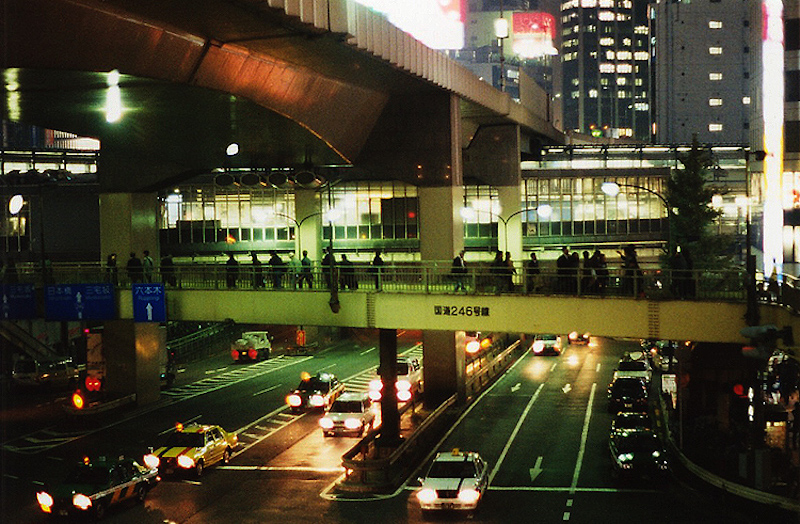 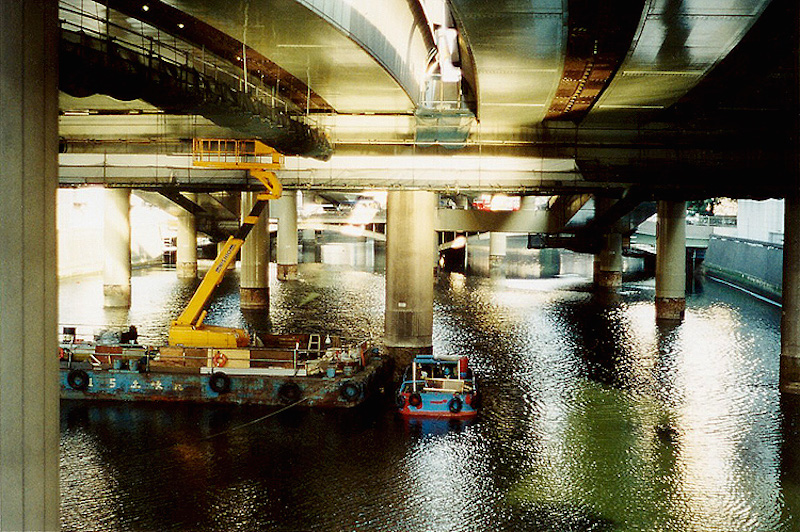 A walk through the city, the microphone reveals the soundscape in a way one would perhaps perceive the world while walking: one’s attention focused and refocused in any given moment, the lines between reality, imagined and remembered, blurred. Tokyo’s ambient sonic environment is especially active and compelling. Even the space between sounds reveals intriguing aspects of this city, a place which has several large centres, each with their own distinct character, and no one downtown core. This sonic journey was created from audio recorded in a planned as well as a spontaneous fashion. Our walk takes us chronologically throughout the city’s various districts via real physical paths, and through places significantly transformed in time and space. It weaves together modern and traditional hawking, evangelists’ sermons, train riding, video arcade and pachinko parlour sound worlds, kendo en masse, and, at the centre of the piece, “joya no kane” — the annual ringing of temple bells 108 times at 12:00 A.M. each New Years Eve.

“Walking Through Tokyo” is a sonic and visual journey where images and sounds immerse the viewer in an alternative cityscape, composing a staggered narrative that doubles back on itself. Christie Pearson’s photographs of Tokyo taken 1999-2000 create synchronized visuals in response to Peebles’ audio composition. These images immerse the viewer into an alternative cityscape, composing a staggered narrative that doubles back on itself. The architecture of Tokyo brings the visitor into a free-fallout of expectations.  It is a city constantly reconfiguring itself. Western conventions relating individual buildings to the public realm are absent, while startling adjacencies of scale, function, materials, and age question and reveal codes by which we attempt to read what is of value. Where to direct the eye amidst the simultaneous stimuli? In a cellular city devoid of street addresses, any mental map of monuments quickly becomes a mirage. A hasty consumption of physical forms creates a sense of the material world’s evanescence, transient fashions collapsing as quickly as buildings. The visual sequence here mirrors the sonic movement through a city of amplified juxtaposition: Eros and Thanatos; brightness and darkness; engagement and alienation. Tokyo shows us the fullness and void of the electric night. 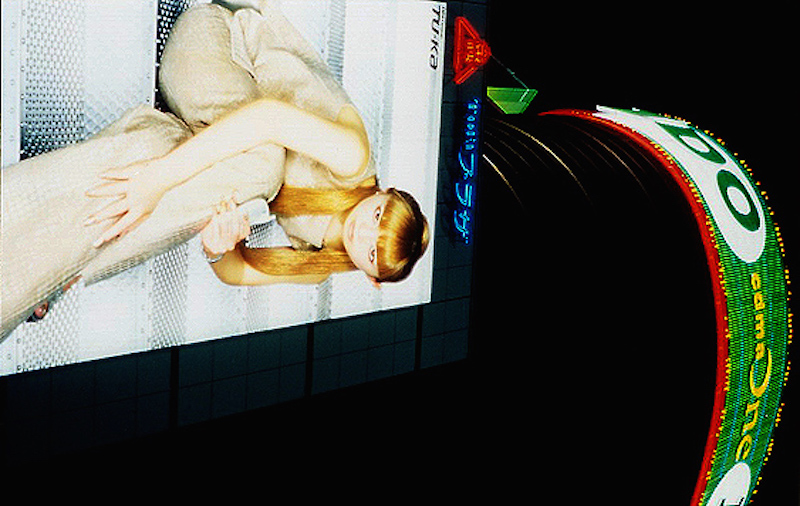 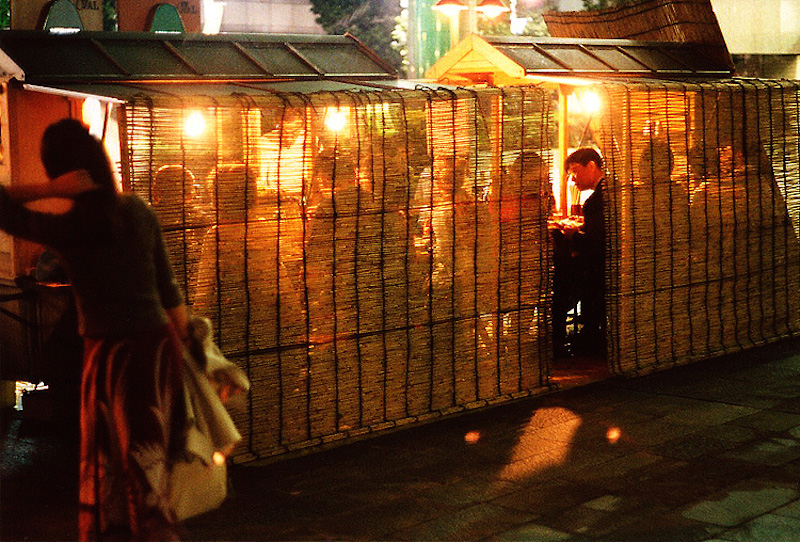 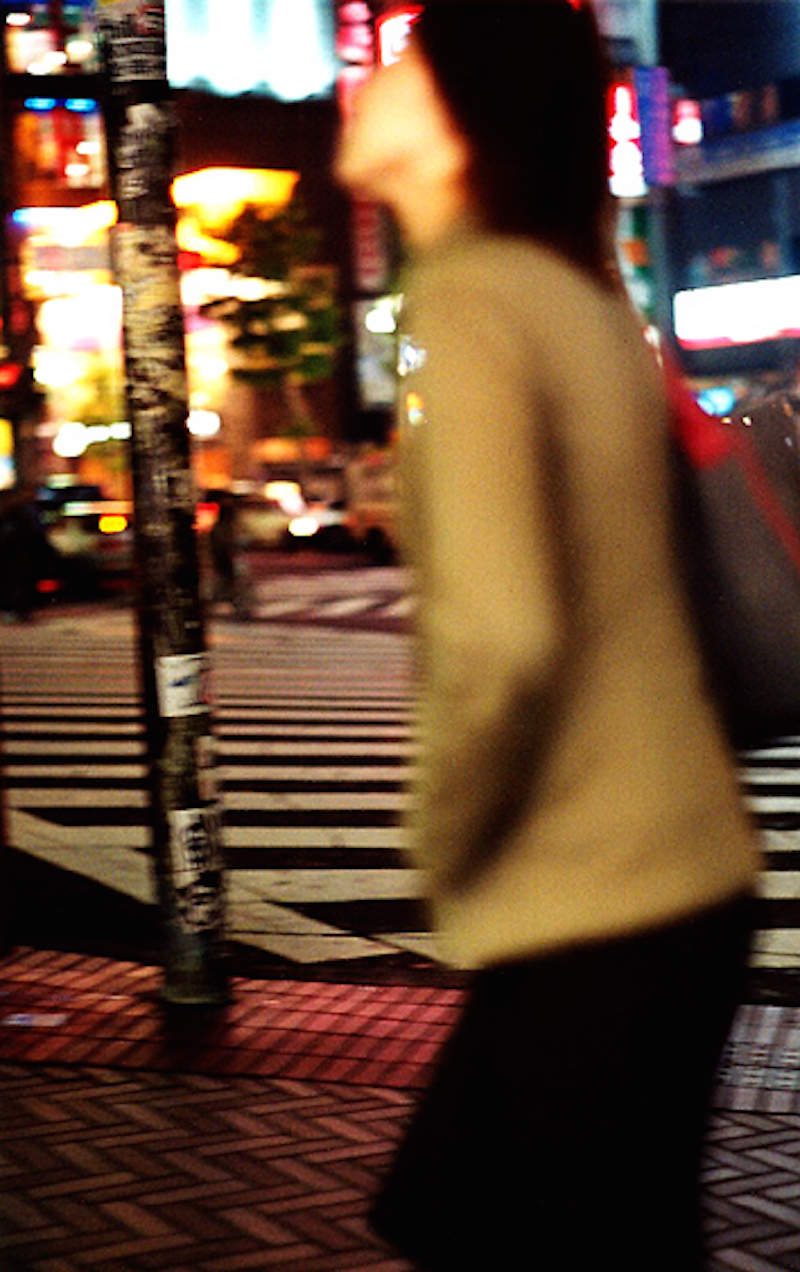 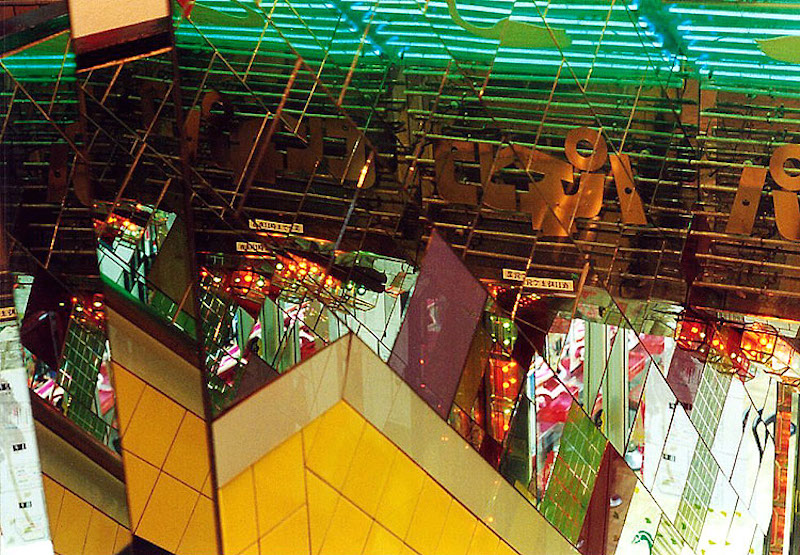 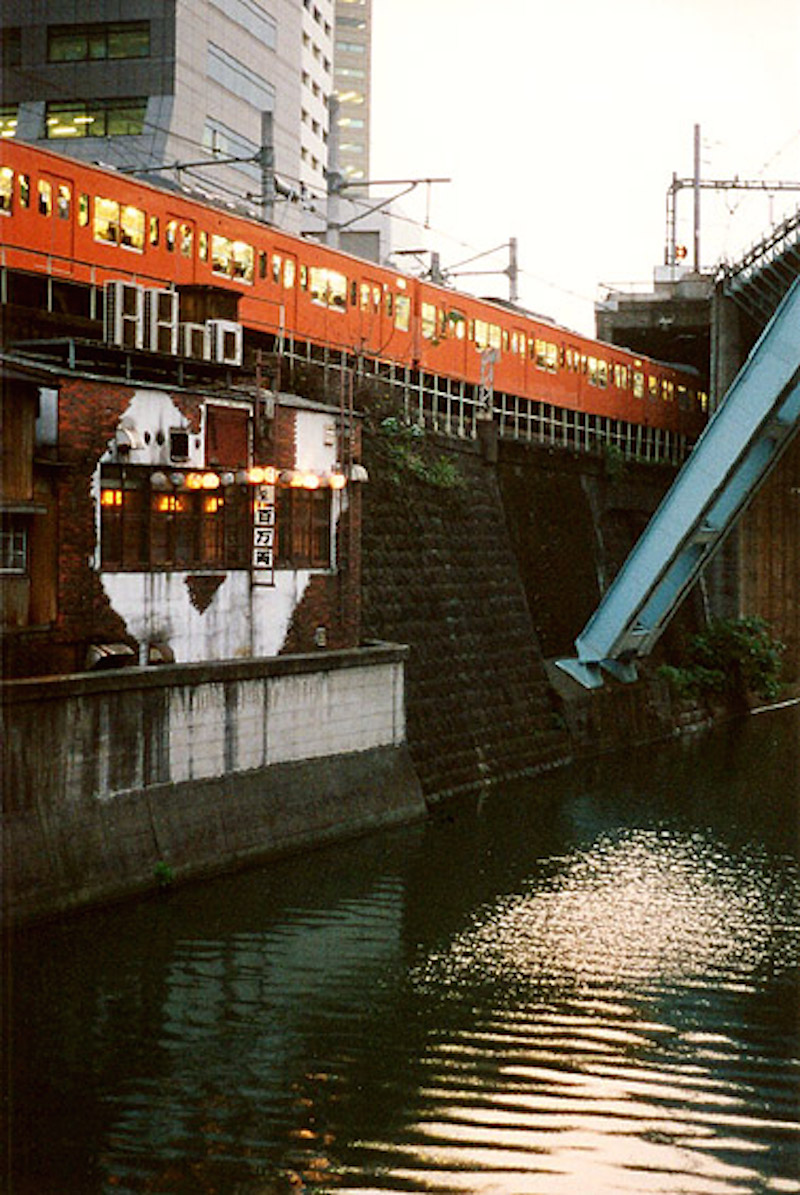 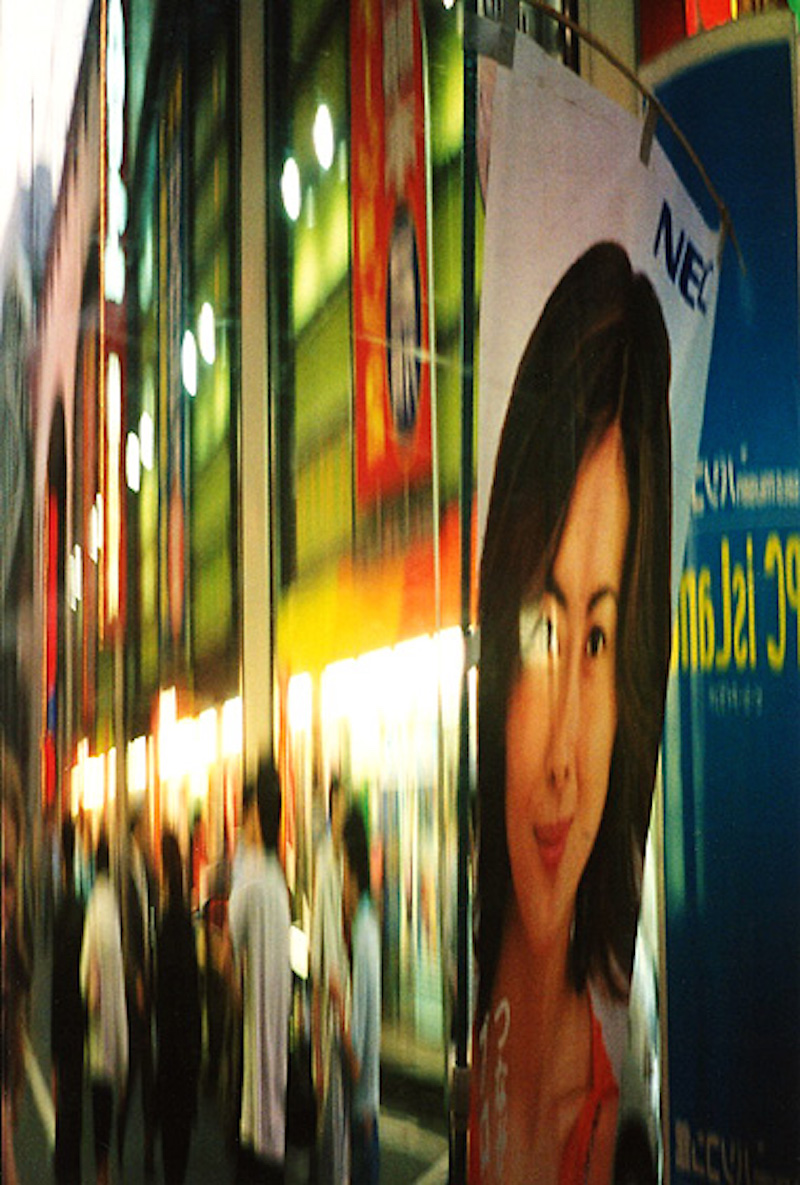