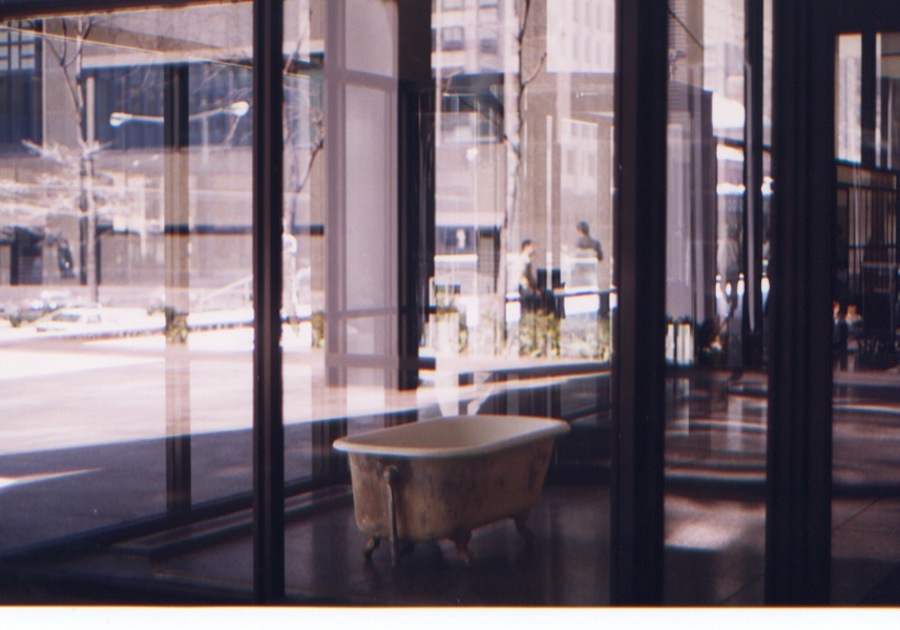 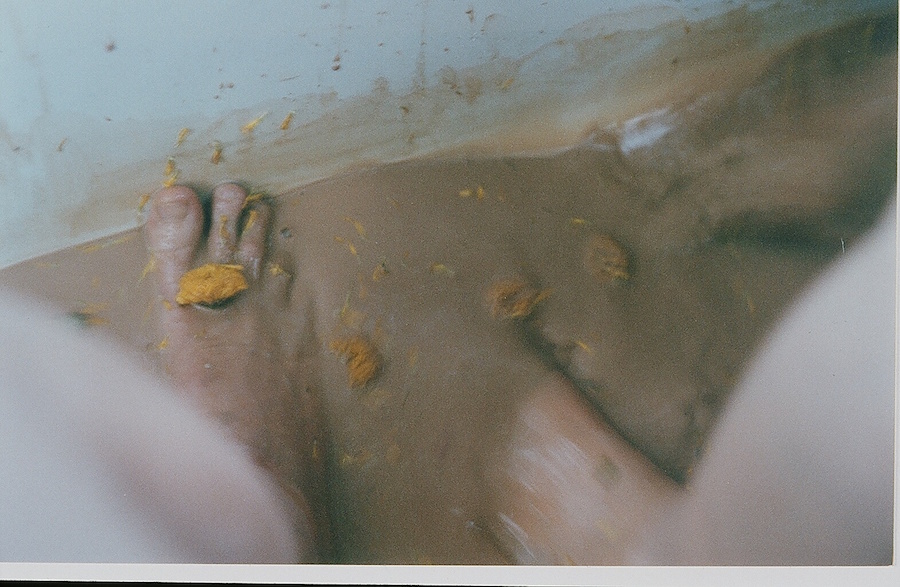 Mud Bath entered the Don Valley’s guts, where years of brick making had opened up veins of differently coloured clay that compose much of the buildings of old Toronto. From the brick works site I collected clay to fill different bath tubs around the Don River’s edge and in the city. These baths full of mud promised endless youth through a microbial connection to the land. The approach to mud mingles attraction with fear and disgust, inserted into the most pristine example of modern architecture in the financial core, Mies van der Rohe’s TD Bank lobby. Mies’ love of material purity utilizes the earth’s strata as a reference point in many of his stone choices. The lobby epitomizes an architectural abstraction as foil, against which the drama of human interaction plays out: to see people bathing in this exalted space – yet covered in mud, leaving tracks across the travertine. The riverside baths were festive and joyful. 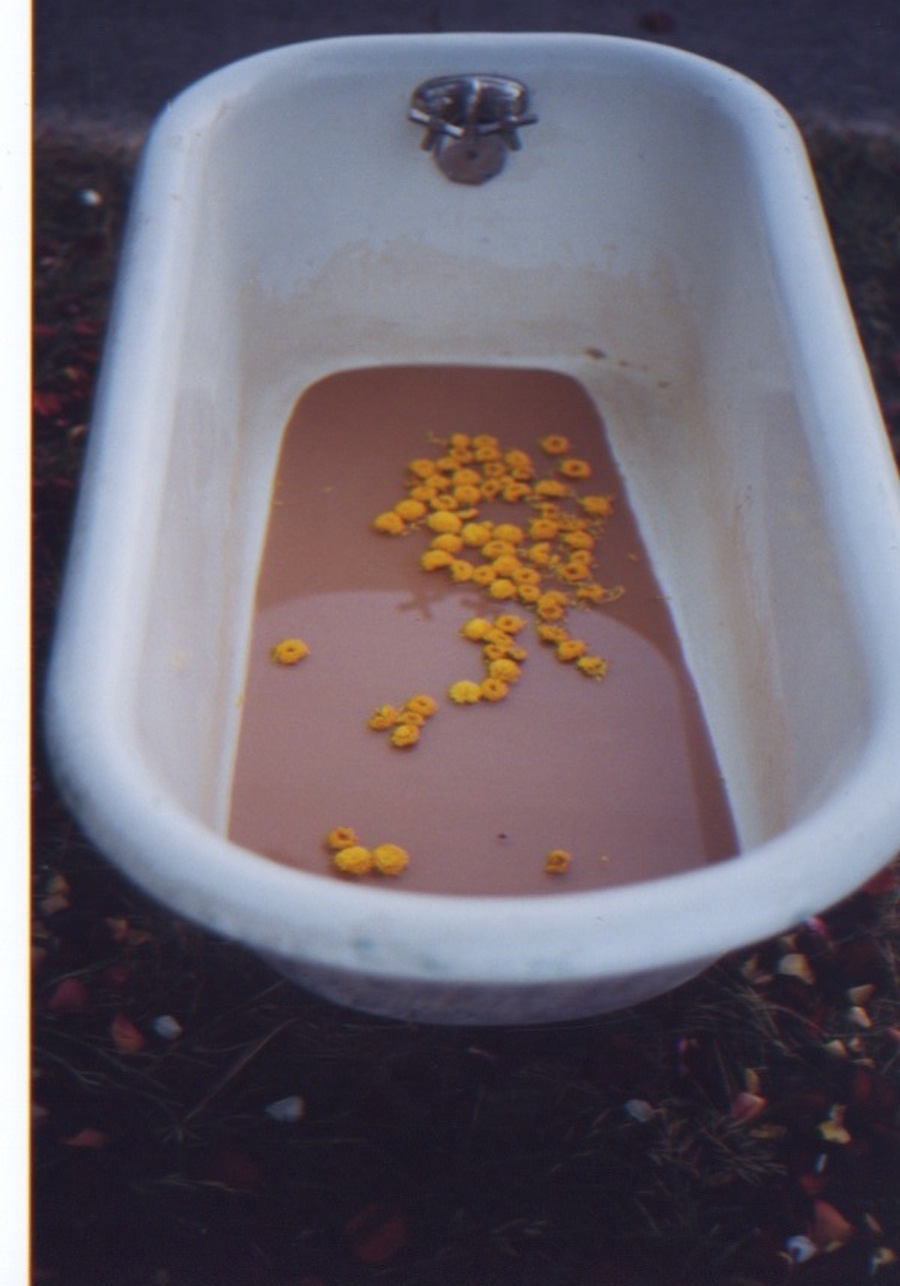 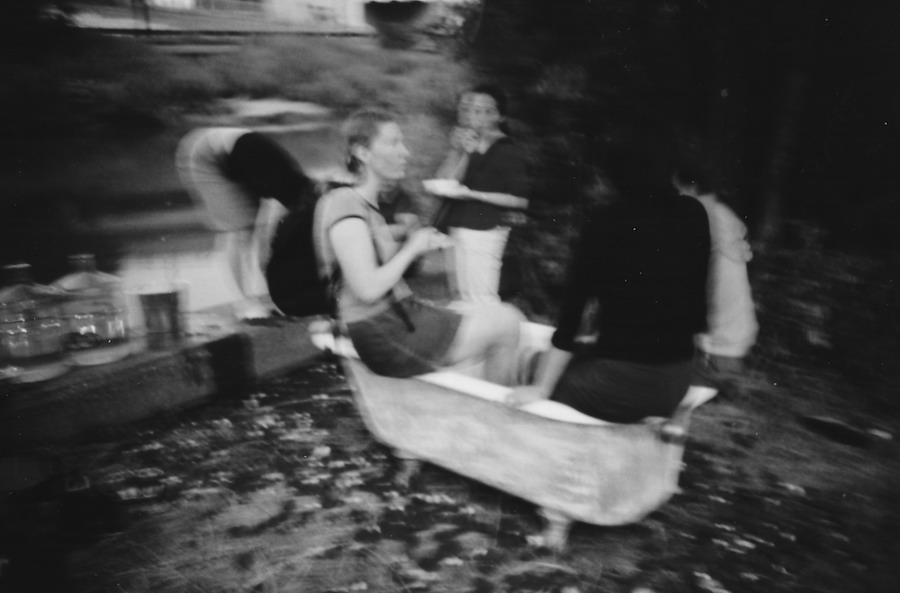 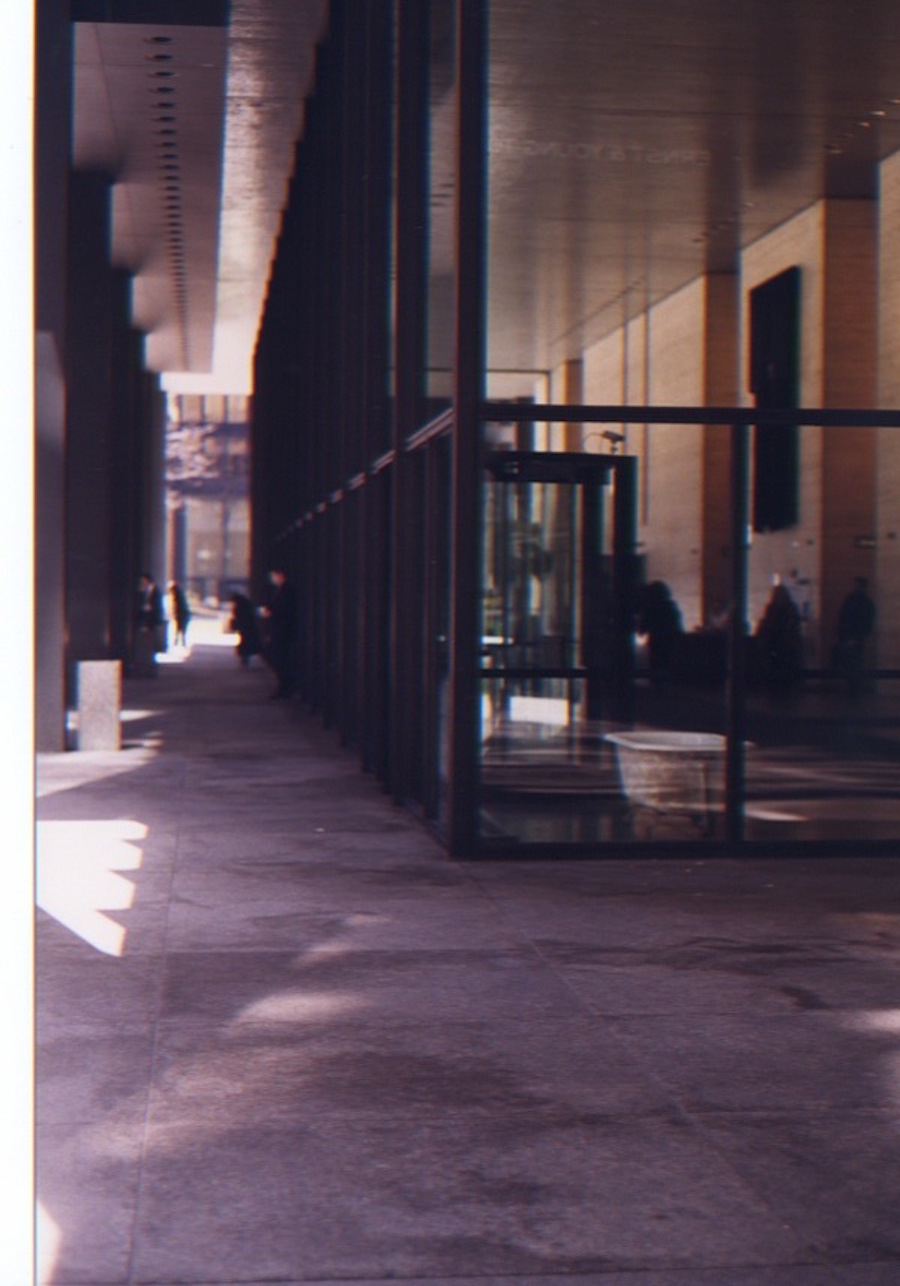 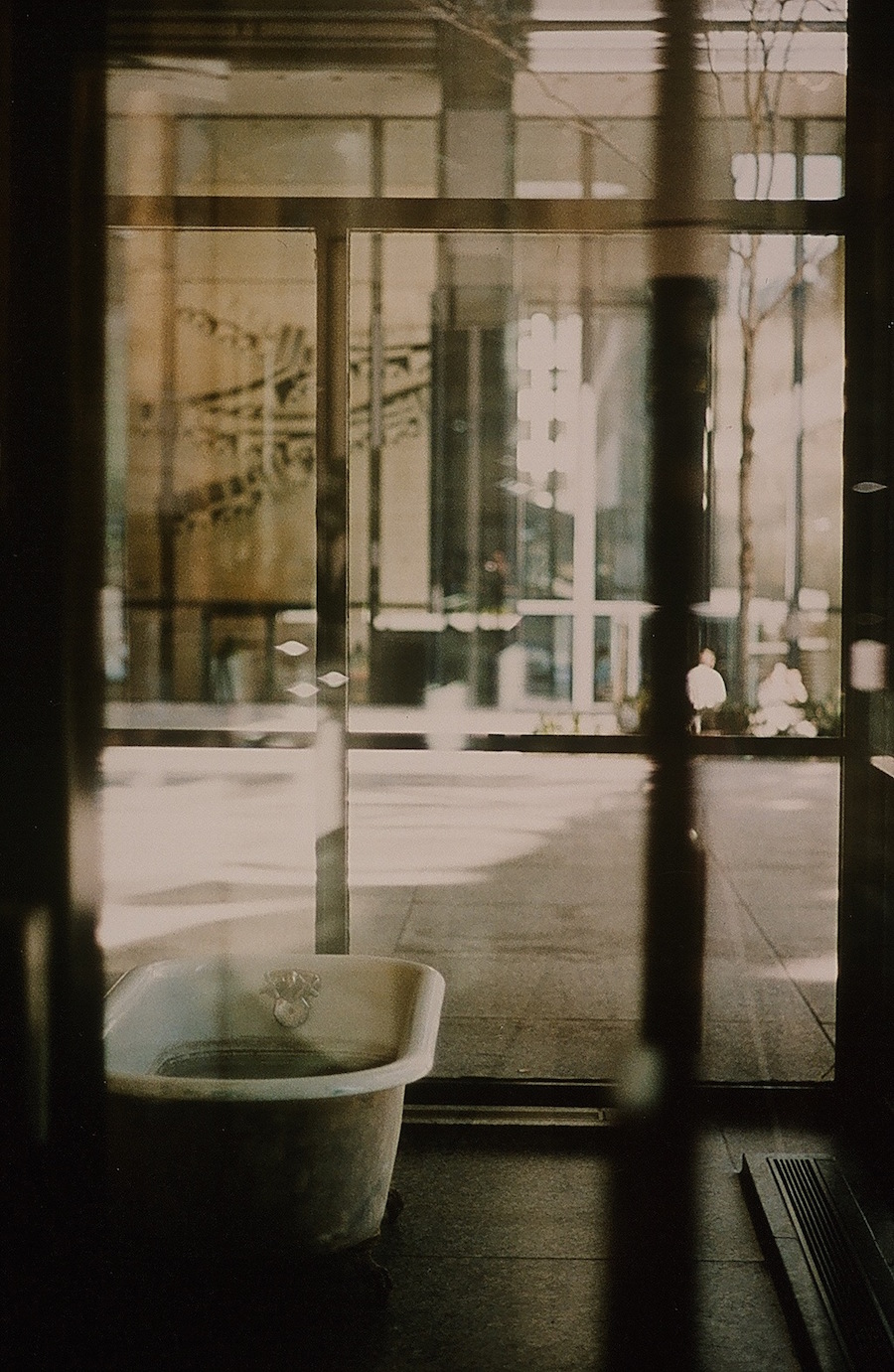