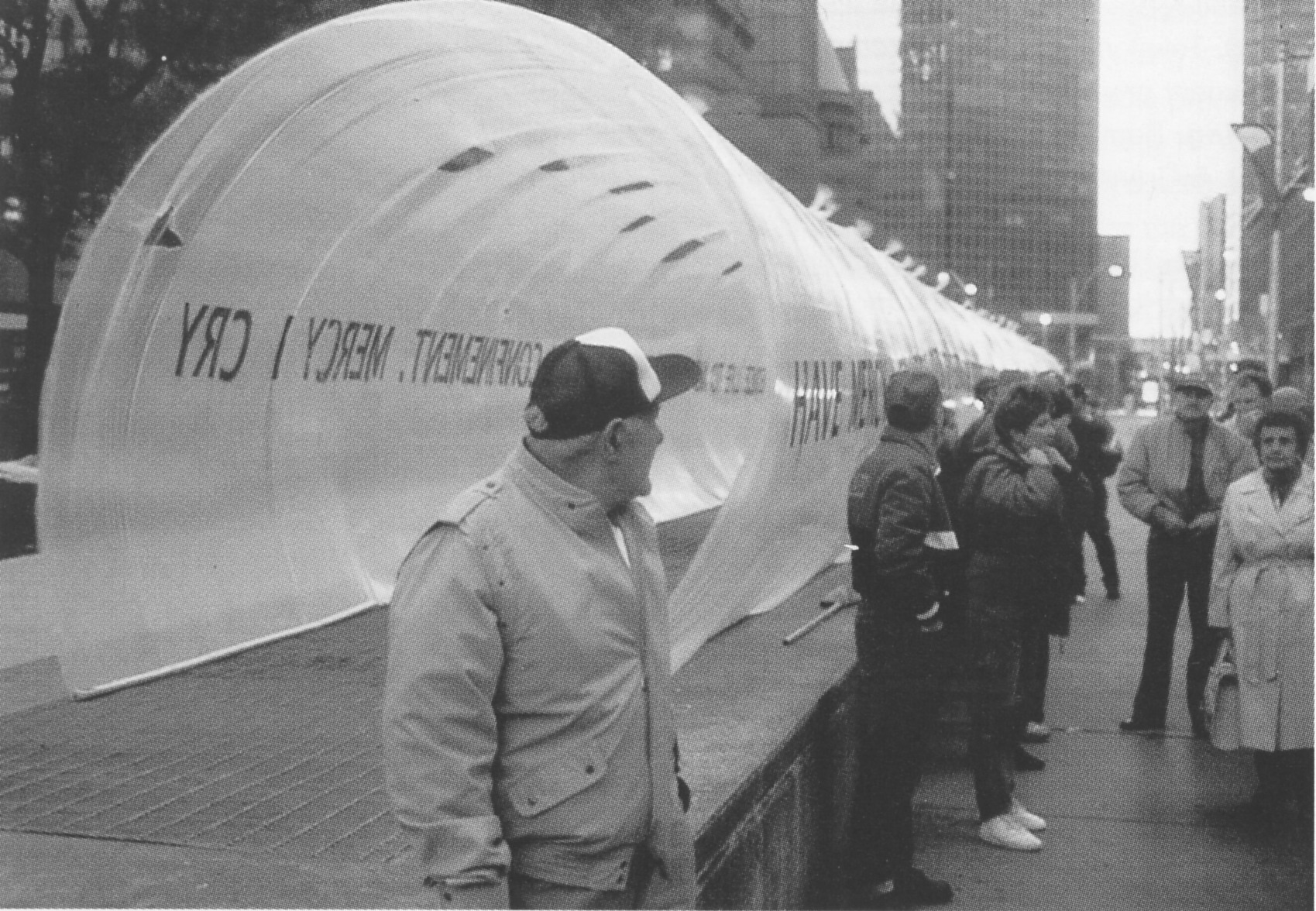 150’ x 8’ diameter, poly vapour barrier. During the Metro Days of Action, a two-day general strike in Toronto, a large inflatable structure was constructed illegally over the air vent from the parking garage in front of Toronto’s City Hall. As the ventilation cycled on and off, it would transform from a flat sheet to a playful enclosure. The 150’ long transparent tunnel bore a single sentence down each side, constructed from the writing of Mike Herron and Velimir Khlebnikov. On clear vapour barrier it read: “Have mercy I cry for the city, to entrust the streets to the greed of developers and to give them alone the right to build is to reduce life to no more than solitary confinement.” The inflatable was a noisy street toy referencing both public institution and temporary home, to protest the violent Neoliberalism of the Ontario Provincial Government and its disastrous effects on housing in our city. 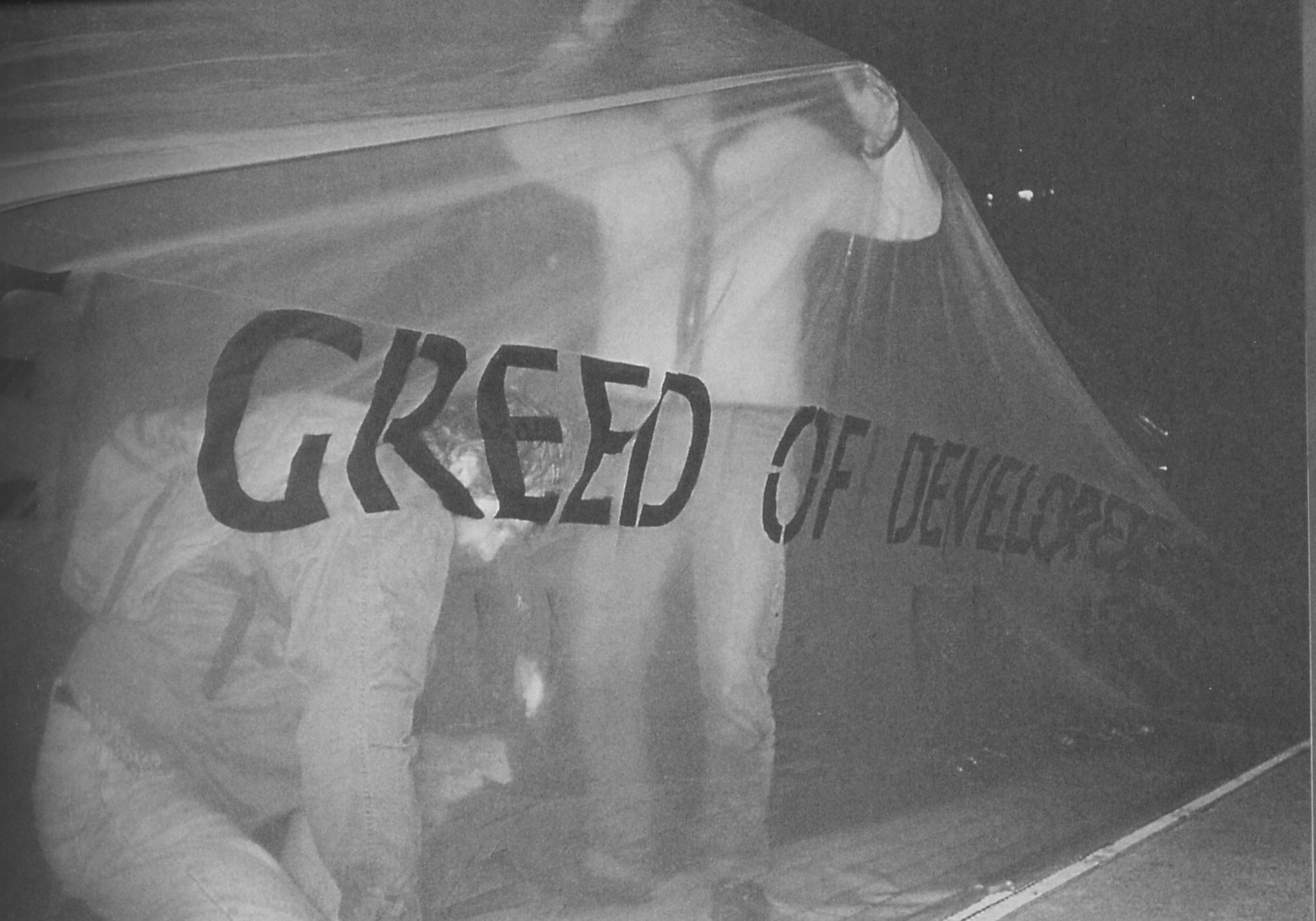 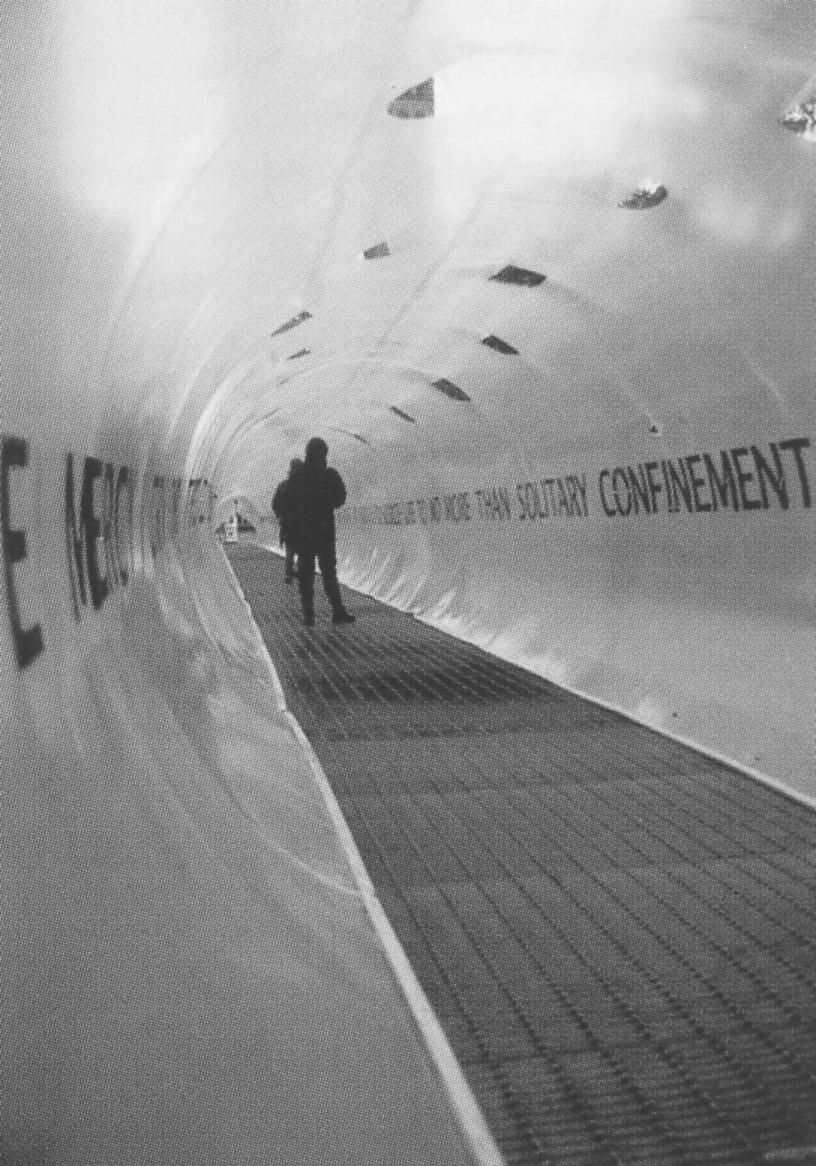 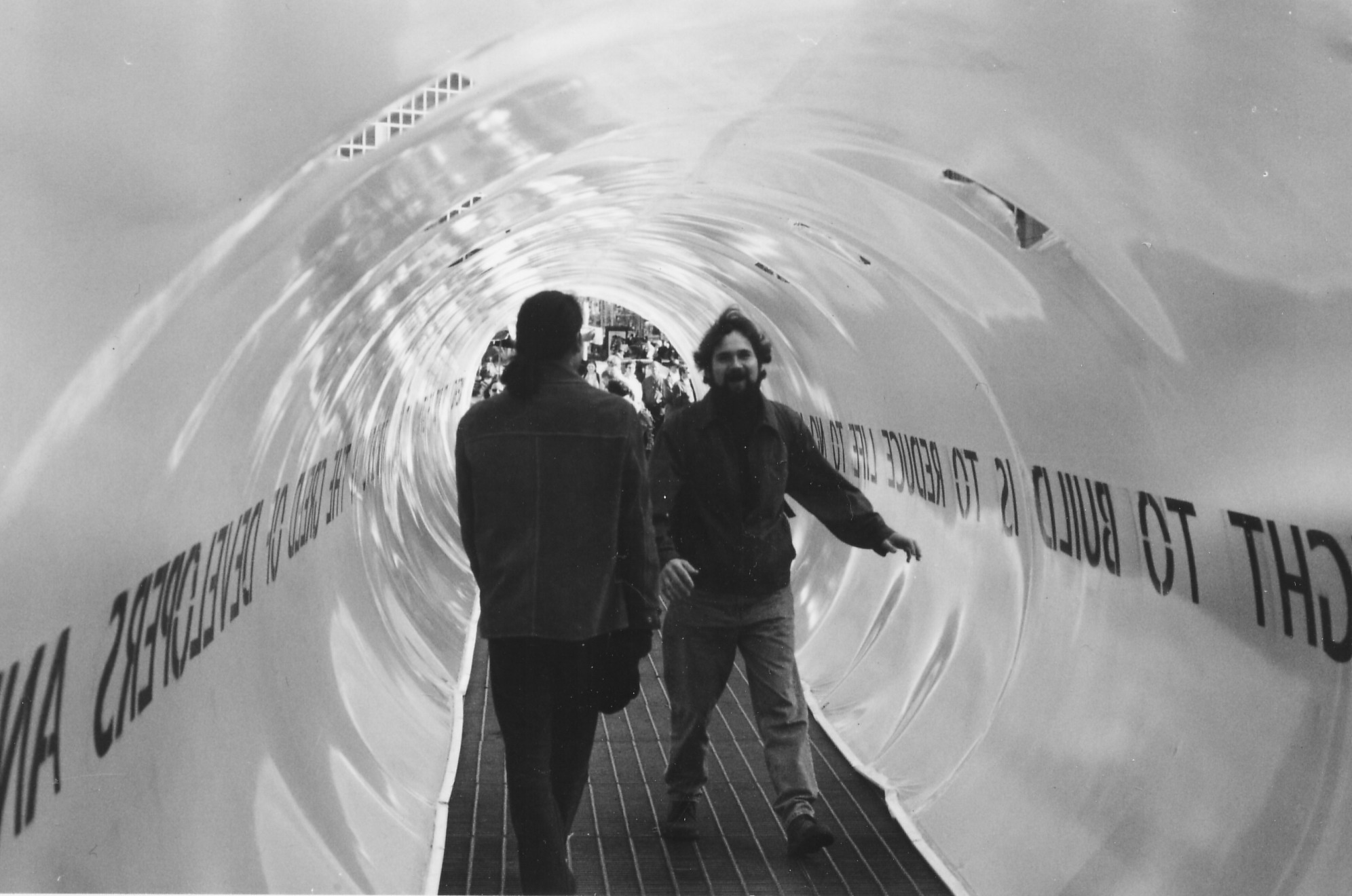