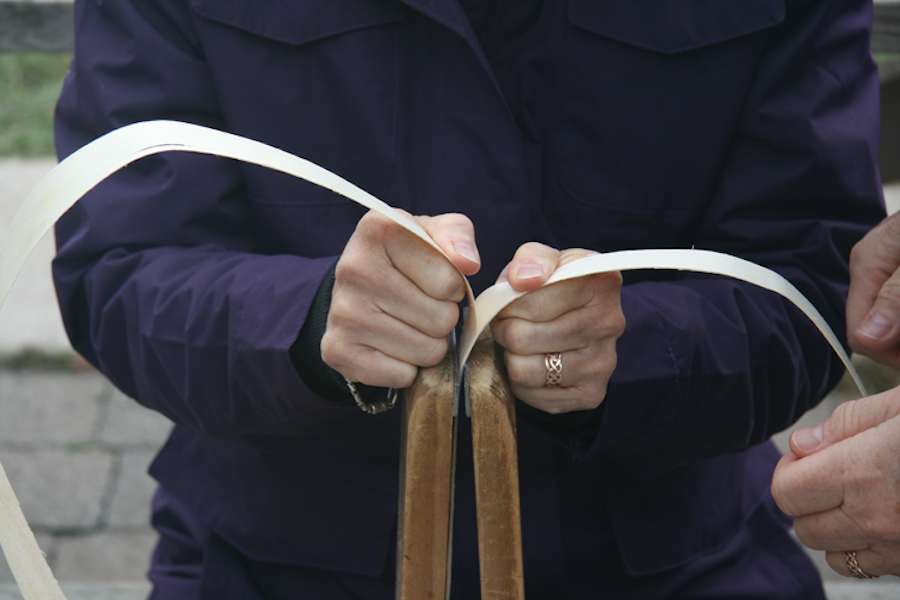 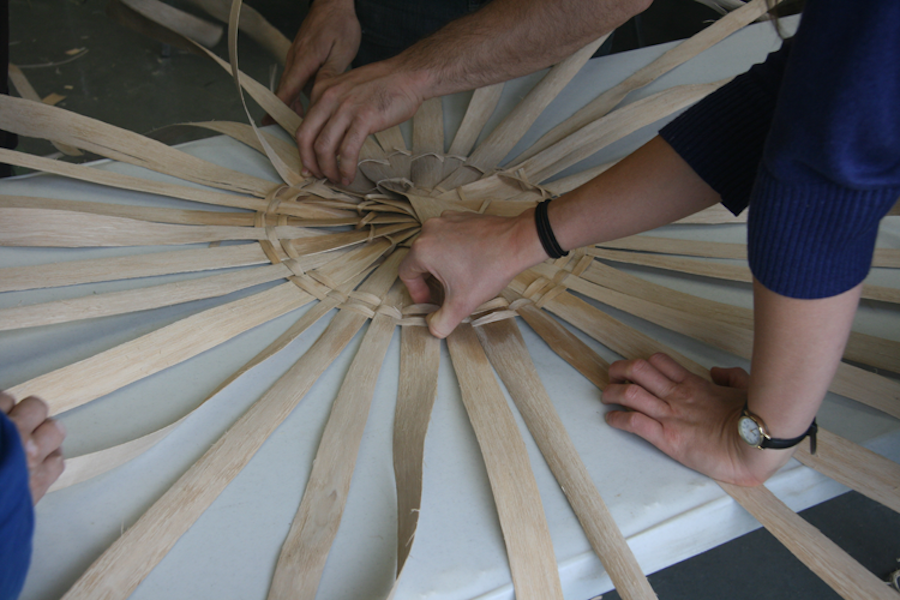 Weekend-long black ash basketry workshop at the Grey Roots Museum in Owen Sound with Ojibwe artist Renee Wasson Dillard. The event was in tandem with a show at the Museum curated by Stephen Hogbin, where local artists responded to pieces from the Museum’s archives. I selected a large woven basket. As I learned about the basket’s history, a black ash hamper made by Saugeen people in the early 20th century, found in an Oliphant cottage, I became more amazed by the process of black ash basketry. It points to something far beyond ‘craft’: the trees are carefully chosen from in the swampy conditions they live; many rituals accompany its identification and agreement of purpose; carefully chopping it down it is usually a family activity requiring a group of people and around 40 person hours of labour to soften and strip the wood. The pieces made were traditionally integral to the users’ daily lives for storage, including, incredibly, holding water. There seems to be a wealth of Native culture that is barely glimpsed by the average Canadian, or else understood as a historical artifact.

Renee Wasson Dillard led the workshop. She works with the Ojibway Cultural Foundation on Manitoulin and to Cape Croaker Reserve on the Bruce Peninsula where she has taught black ash basketry many times. The project aimed to spread knowledge and skills in the craft of black ash basketry and introduce it in a contemporary as well as historical context. I wanted to both share the information I’d learned, and participate in something that would bring the object out of the archives in a living way, connected to living practitioners. There is scanty documentation of this craft at the moment; the movement of the Emerald Ash Borer north brings another dimension to the importance of this tree. 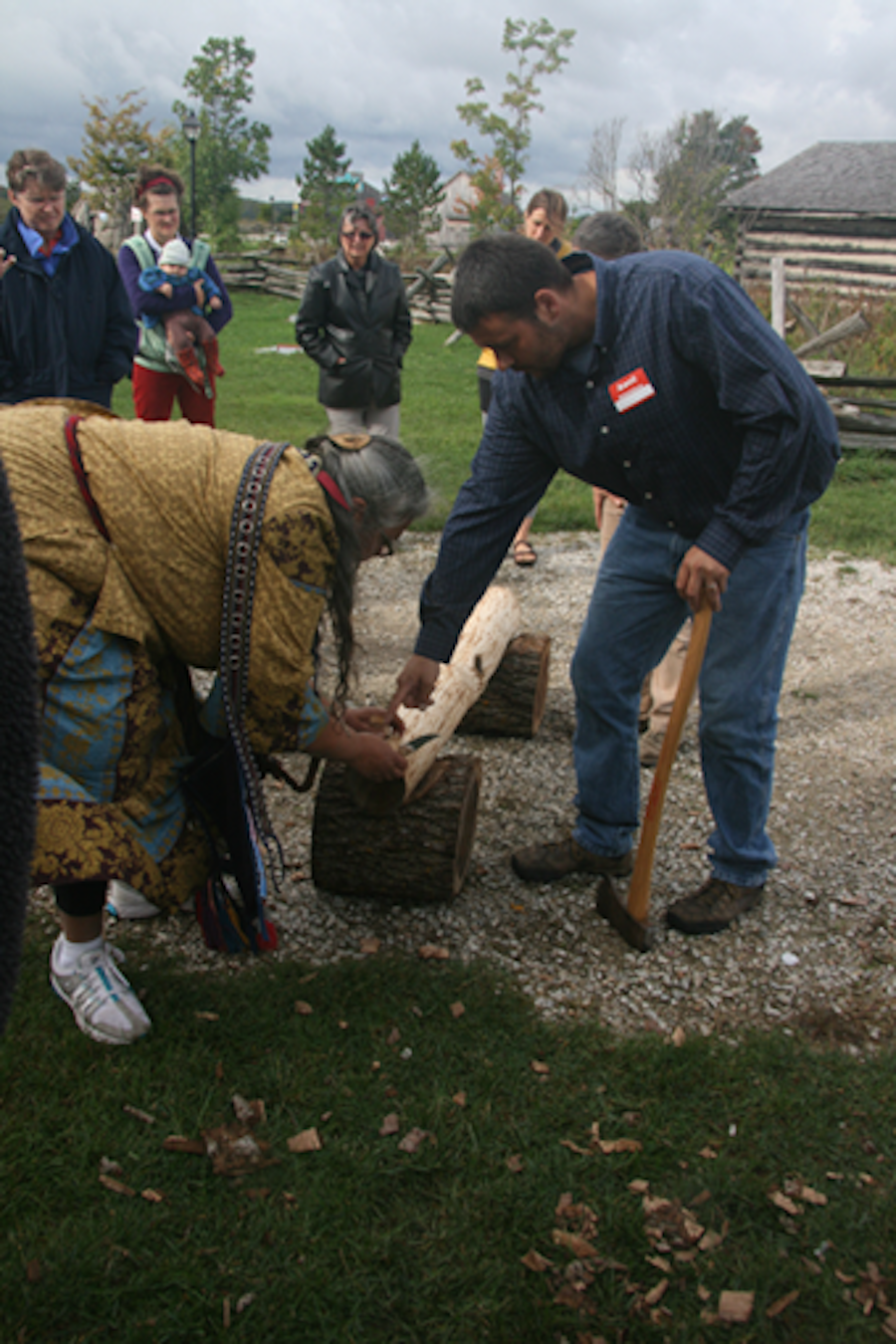 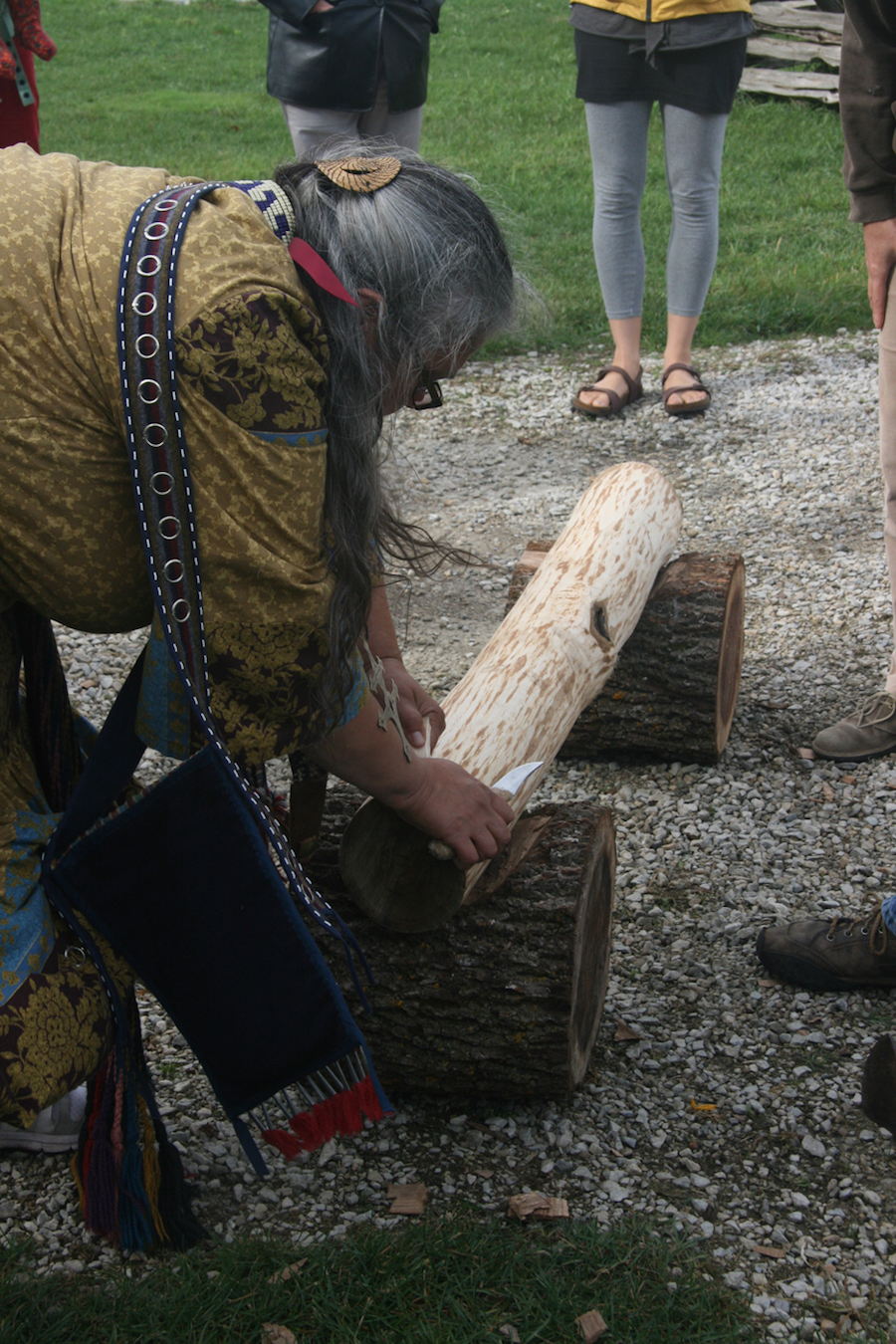 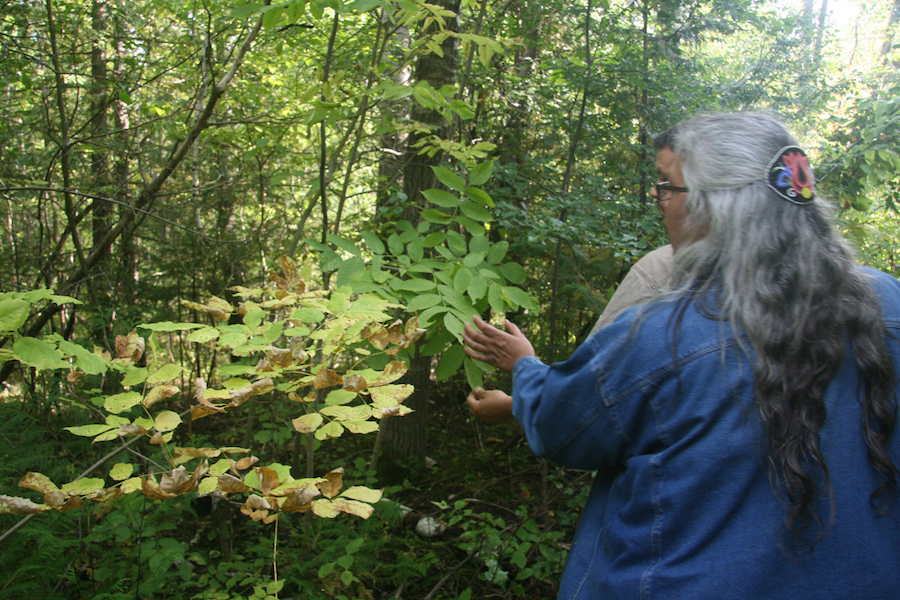 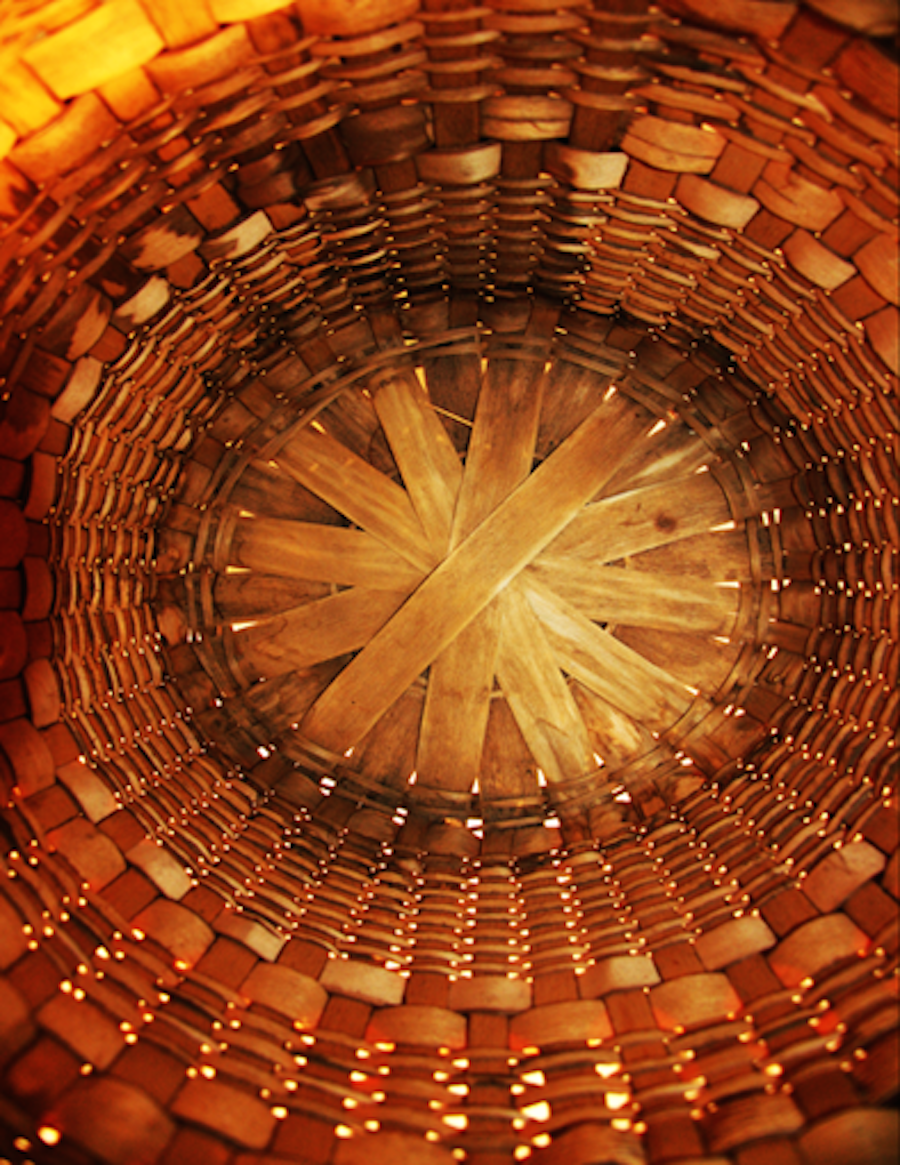 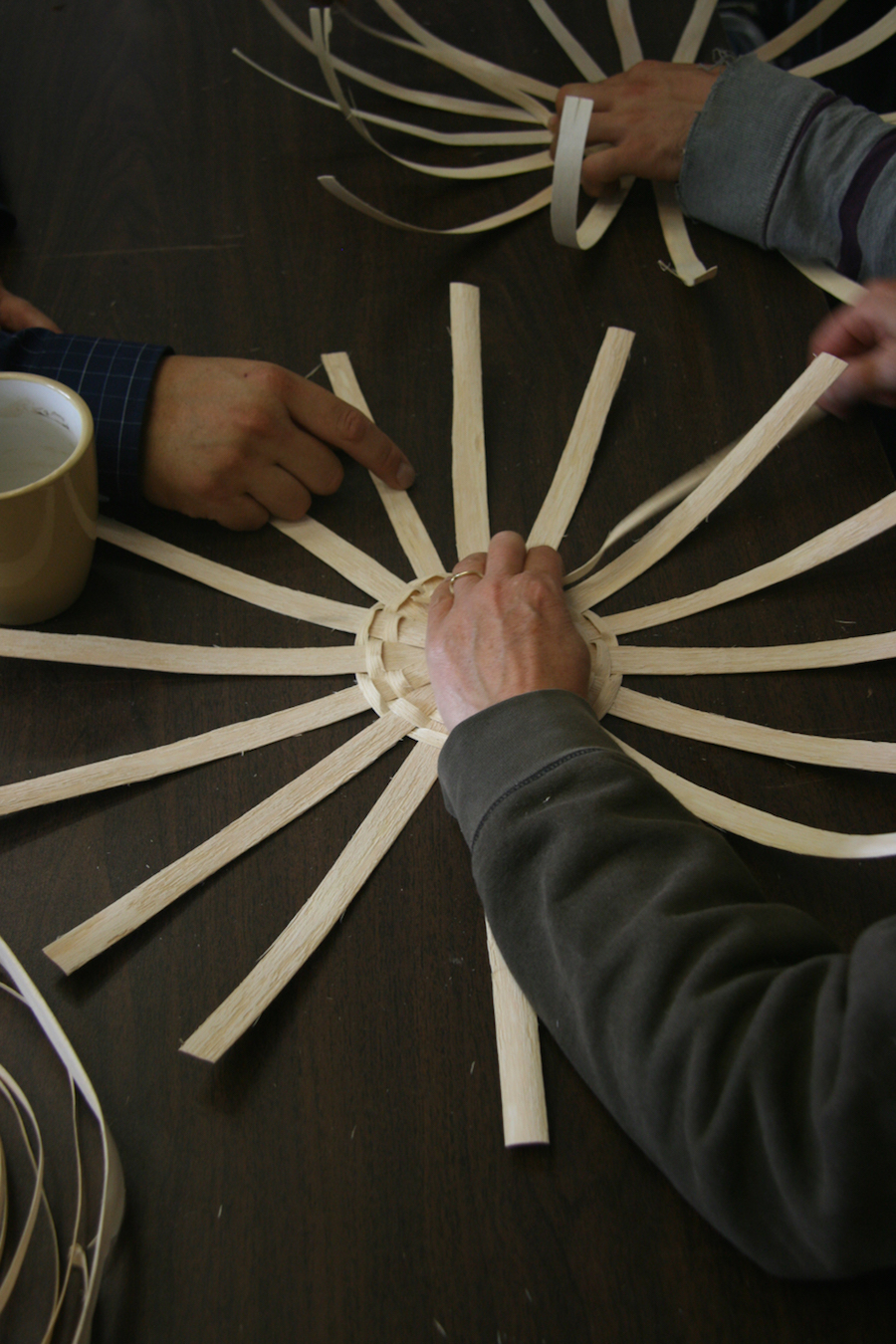 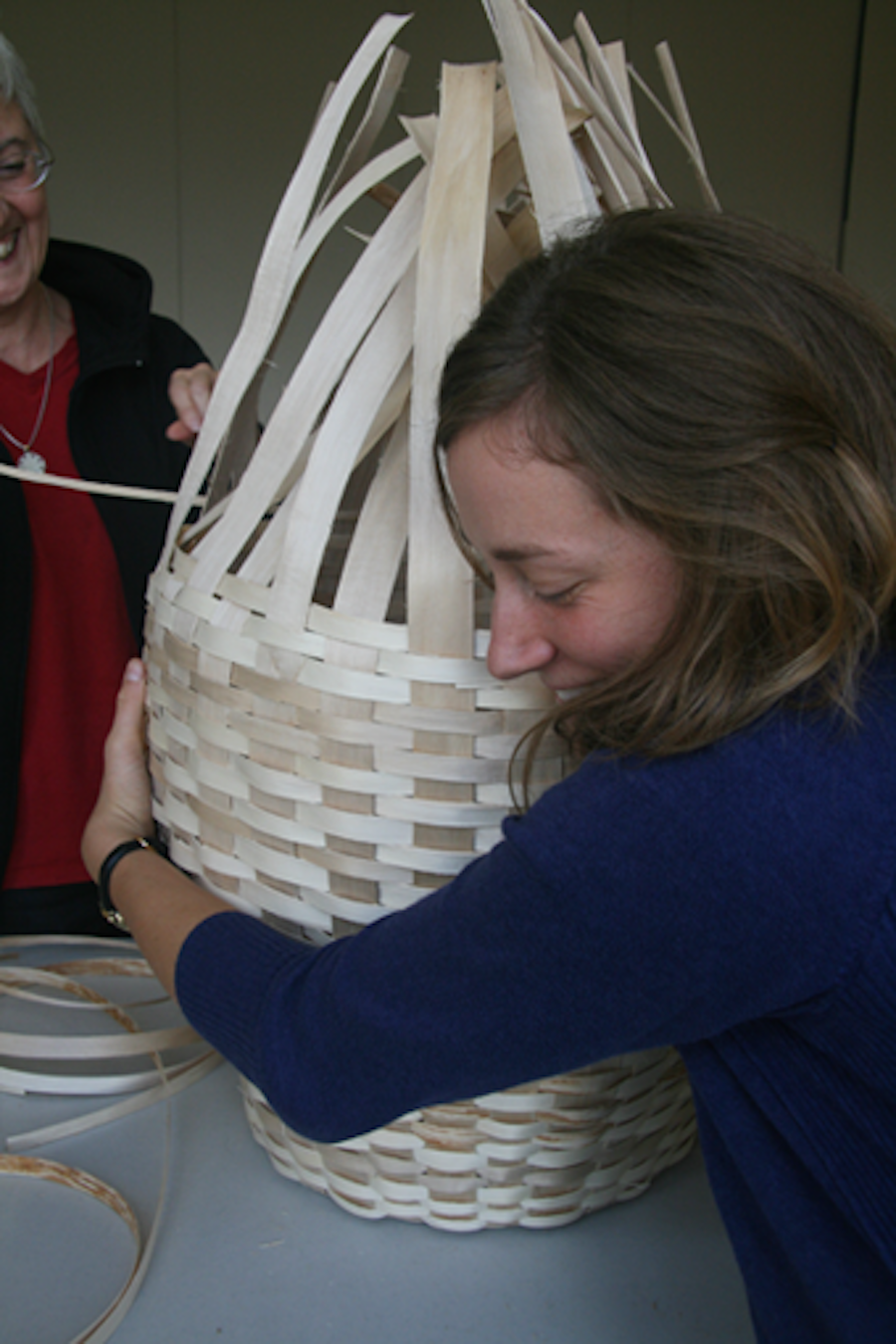 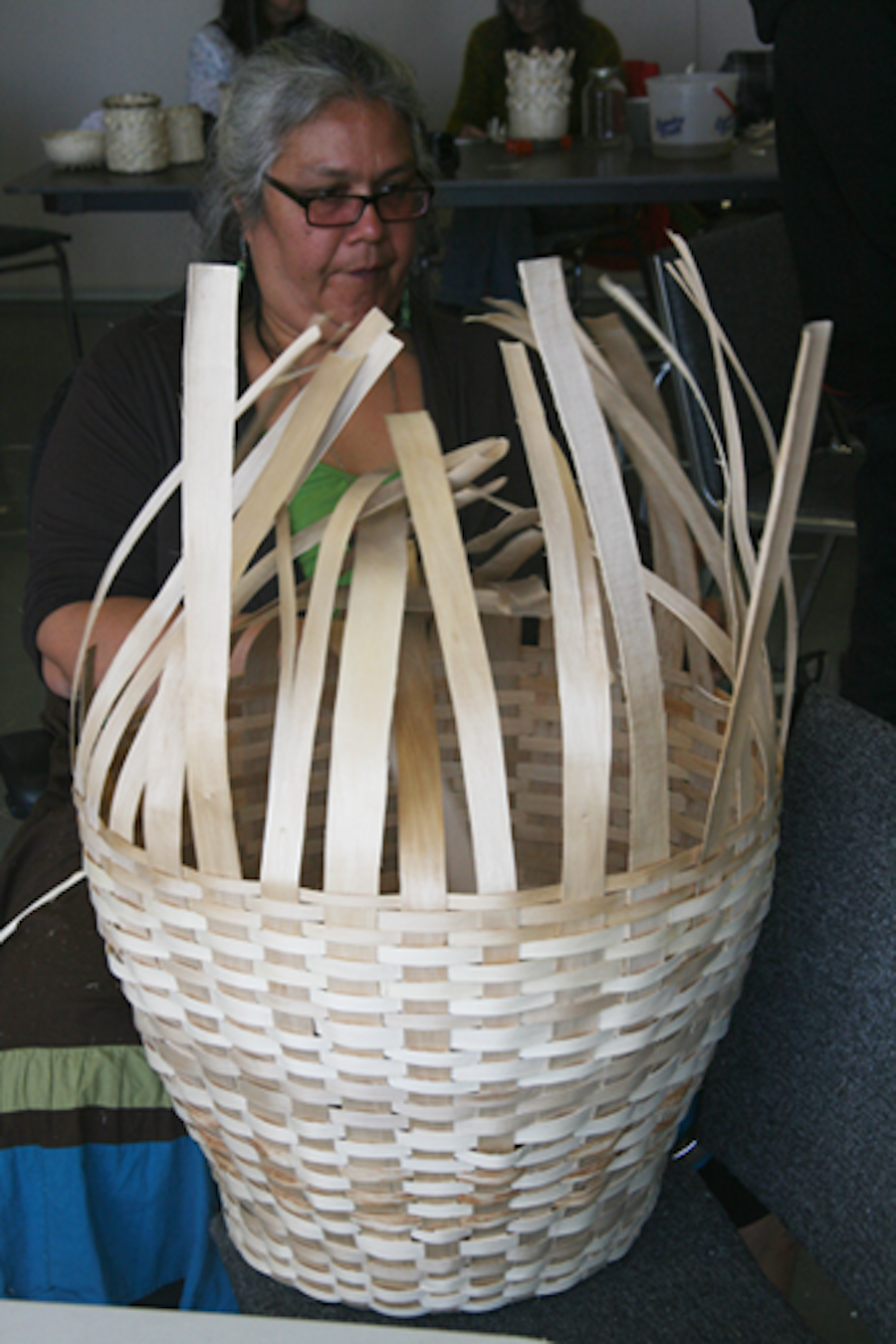